In this game you play the unnamed hero who was selected to take part in the ark program, a number of humans place in a sphere buried in the ground to survive an asteroid impact, you then wake up 300 years later to find all your comrades dead. You leave the ark to do well what any specially selected human race savior would do, almost be killed by another surviving human. As it turns out other humans survived the asteroid and if they turn you into the authority they make money so now you are a target for well everyone who congrats. This game was a real blast you go through it fighting bandits (basic gangs of post apocalyptic world), mutants (almost zombies created by the meteor), and the authority (army who hates everyone especially you). I loved this game it was sand box style but still had a main story line that was great albeit a little short, but never the less fun to play. This game also allows you to race, build your own devices for use, customize your car, and purchase weapons and ammo.

In this game the multiplayer has to options the first being a car race like the ones in the game. And the second are mini stories that are not directly related to the main story line. You can play them with up to four players on line or can go spit screen.

In my opinion this game had pretty good graphics and in all honesty even if it didn't it still would have been a great game.

I give this game 10 out of 10 it was a great game to play and I eagerly await the sequel.
Posted by Brando at 3:52 PM No comments:

So this game starts out withe the secret agent Rico, who is the main character, being recruited to track down his old mentor who has supposedly gone rouge. Not much later on in the game you find out that he hasn't gone rouge and that the leader on Panu (setting of the game) named Baby Panu is evil so you team up with three gangs to cause mayhem in the government and kill Baby Panu. Unfortunately for those of you who want the whole story line this is all I am giving you to avoid spoiling it. This game as well as story missions has side missions, lets you explore Panu, drive all of the many vehicles of this game, dive out of sky vehicles, parachute, grapple, and kill whoever you want including members of any of the three gangs you  are in. This game also has a small variety of weapons to choose from, the categories are sniper rifles, assault rifles, submachine guns, hand guns and of course explosives. It also lets you buy weapons or vehicles from the black market.


Multiplayer
This game has no multiplayer and it doesn't need it.
Graphics
This game has some pretty good graphics but that's about all I have to say about them.
Final Verdict
I give this game a 9 of 10 because after a long gaming session it can be boring until you take a break.
Posted by Brando at 2:37 PM No comments:

Game Play
So this game starts out with Bruce Wayne being arrested and put in a quarantined section of the city called Arkham City. you then need to climb a roof top in order to Batman up. Once you have dawned your kick butt attire cat woman is conveniently (this will not be the only time she shows up in the game and even had her own set of missions)  in trouble in the ally bellow, you then need to save her from mister Two Face himself. This is your first mission and highlights  how problem solving is quite a major part of this game. Once Cat  Woman is safe the joker shots at her and this is the fist part in the game when Batman's detective skills are show cased to find out not only where the shot came from, but use the remote controled sniper the Joker used to find his true location. Once you have found the Joker you find that he is sick, dying, and that he has tricked you to put some of his blood in you so you are dying too. the game continues on with you not only trying to find a cure for both you and the Joker but trying to stop the three, that's right three, groups of villains: which  are Joker, Two Face, and Penguin. To accomplish these goals the game designer brought back the old gadgets and made some new ones. They have also added a few things to the fighting such as new combos and finishing moves

Cat Woman Game
So this is basically just a couple chalenge missions in a sequential order where you play as cat woman. however she does have her own little gadgets, fighting style, she is more agile, and she climbs instead of grapples. This section is quite fun to play in and adds a little something to the game.


Graphics
So this game's graphics are pretty good I'd say that they are closest to the Infamous 2 graphics.
Final Verdict
So I'm going to give this game a 9.5 out of 10 because it is great but its not the best that I have played.
Posted by Brando at 7:42 PM 2 comments:

Call of Duty Review
Alright so everyone knows this is a really really big month in gaming probably the best yet and there will be many more posts after Christmas. But this post is probably be the biggest post of the year for most people.


Game Play
So this was the very best Call of Duty story I've played. This game started off with a big legend in military group called Delta Force! And after that you go back to Price, Soap, and Nikoli. You will continue to switch between Delta Force and Price's team now called 441 disbanded. There is also the occasional team you play as once but don't play as ever again. Now the story plays out as you might have expected you spend your time with 441 disbanded searching for Makorav and time with Delta team fighting people on US soil. Well  like most other Call of Duty games there isn't much to say so that's the end of this section. 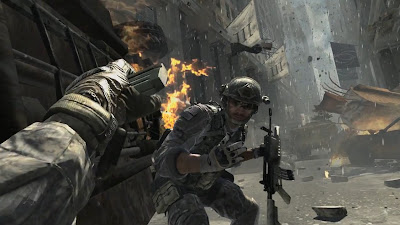 Multiplayer
Like all shooters this is where they really hope to excel and it has paid off. First off the maps are bigger than Black Ops so that is one good thing. Next the weapon attachments are so much better including the hybrid sights. the way you unlock the attachments is also it is all depended on how much xp you get depending on the number of kills you get, there are no other requirements for attachments such as to get the holographic sight get 25 kills with red dot sight. Unfortunately there aren't any weapons that really excite or impress me so that part was disappointing. The kill streaks are also redone so there are two major categories. One of them your streaks continue through your deaths and your rewards help your team more than it hurts the other team. The other one is the traditional kill streak option where your streaks stop after your death and the rewards punish the other team more than they help yours. The only thing that i don't like as much as the other games is the weapons, my favorite weapon is the m4. 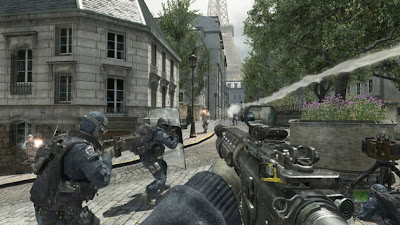 Graphics
So in all honesty there isn't much to say about the graphics in this game they aren't great and they aren't terrible they are just normal which is disappointing for a game of this caliber. 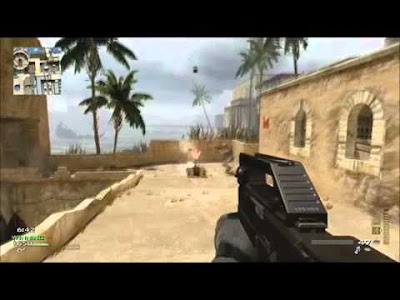 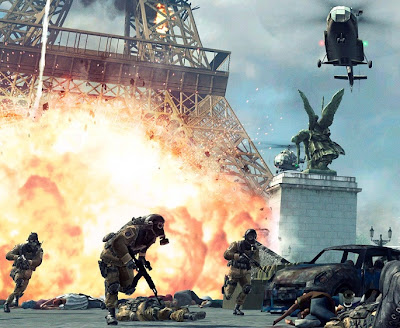 Final Score
So i want to give this game a 9 but because of the of how disappointing the graphics were and the weapons I will have to give it 7.5 out of 10.
Posted by Brando at 3:57 PM No comments:

I am very proud to announce that i have some good news. Here it is are you ready I will be taking the Dead Rising Game Play review off my blog and replace it with a full review. Now this is unfortunate if you don't like fun online games because that is what TIR (Dead Risings online) is. I will be posting on this once I play a bit more of the on line so until then if you guys could comment and tell me what you favorite game is and I will play it after Dead Rising and write a review on it, you can also submit games you aren't sure about or don't like just me what you think about it. Well that's all for today gammers
Posted by Brando at 2:25 PM 2 comments:

Must Have Gaming Items

Whats up gamers? So today i will be giving you a list of a couple things that will make your gaming experience much more enjoyable. I will not be listing really obvious stuff like a TV or  a game, but I will list a couple must have games for PS3 and X-box.

A/V Must Haves
OK so lets start out with cables the standard cables are great but if you want better picture quality you should defiantly get HDMI cables (its best to make sure your TV takes HDMI input though because some TVs don't). A lot of people and places will tell you go with rocket fish cables but there really is no difference in HDMI cables, so just go with a cheap pair it works just as well as the expensive ones.

Now on to headsets there are quite a few headsets that are considered quality brand headsets but in my opinion Tritons are the best. I unfortunately after reading many reviews went with the Turtle Beach DPX 21s which was a big mistake. they have already broke twice in a year so if they break again I will go buy a pair of Tritons instead of sending them back to get new ones.

Controllers
No matter which system you have you will need a spare controller for mainly two reasons. The first reason is a big one and we have almost all been here. So you in the middle of an intense game and something aggravates you, so with out thinking you throw your controller. Nothing is more aggravating then breaking a controller on what was supposed to be an all nighter at say twelve o'clock at night, and not having a spare.The next reason is a little less serious, but is just as important. Lets say your playing a game and right at the good part the batteries on you controller dies. If you have a spare you can grab it and keep playing. OK so you regular readers probably remember my article X-box vs. PS3, and you remember in it i said how much I dislike PS3 controllers. There is a solution to this it is the  POWER A - Pro Elite Wireless Controller for PlayStation 3. This controller is like an X-box controller for PS3.
Must Have Games
Must Haves for X-box.
The Halo series

The Gears Of War series 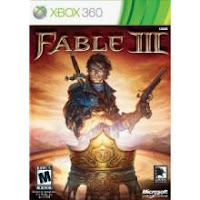 Must Haves for PS3
Uncharted 2 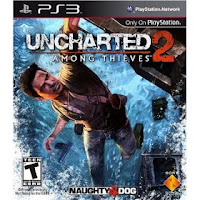 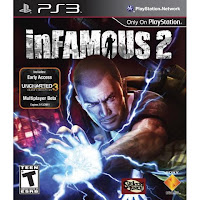 Must Haves for Both Consoles
The Mass Effect series 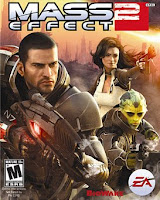 The Call of Duty series 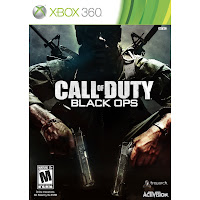 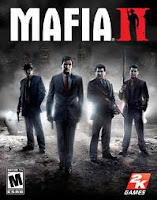 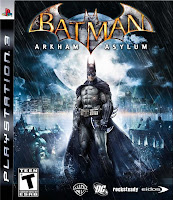 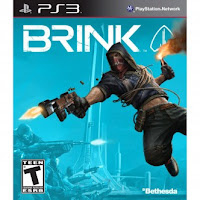 Posted by Brando at 7:37 PM No comments: 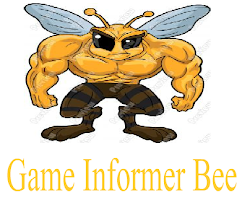